Amid the historic war between Ayutthaya and Burma in 1767 during the reign of King Ekkathat , villagers of Bang Rachan in Sing Buri bravely fought against the Burmese army and managed to delay them for five months without help from the capital city. The villagers were eventually defeated and the Ayutthaya Kingdom fell shortly thereafter. Nowadays, many roads in Sing Buri were named after these local heroes to honor them such as Nai Taen Road, Nai In Road, Nai Mueang Road, and Khun San Road. 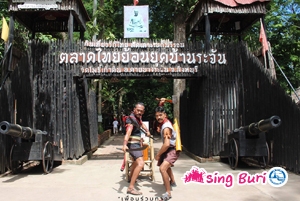 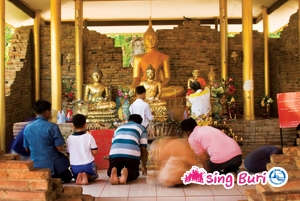 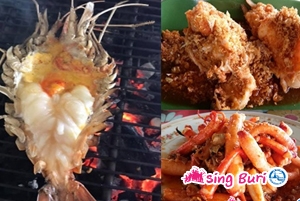