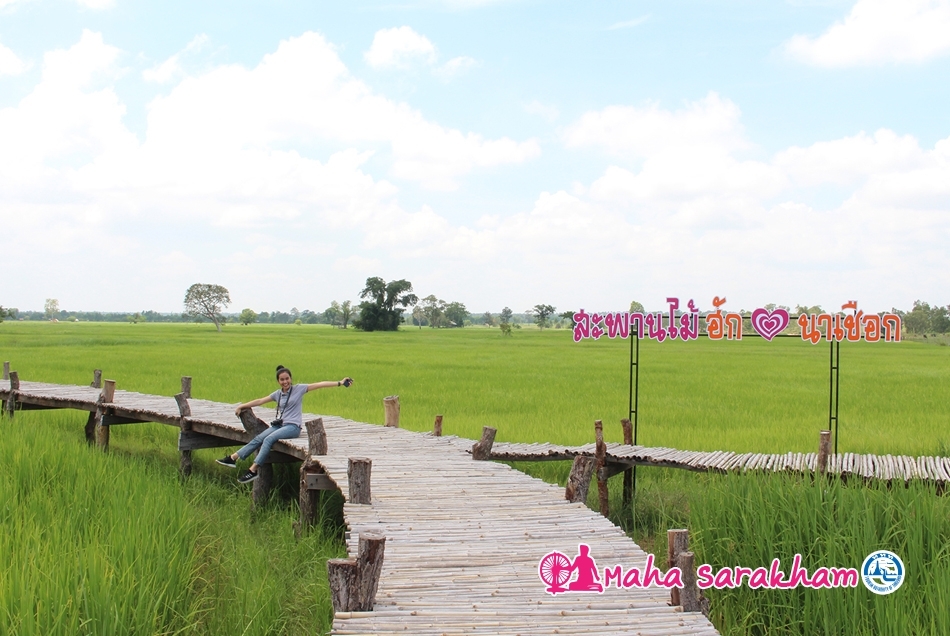 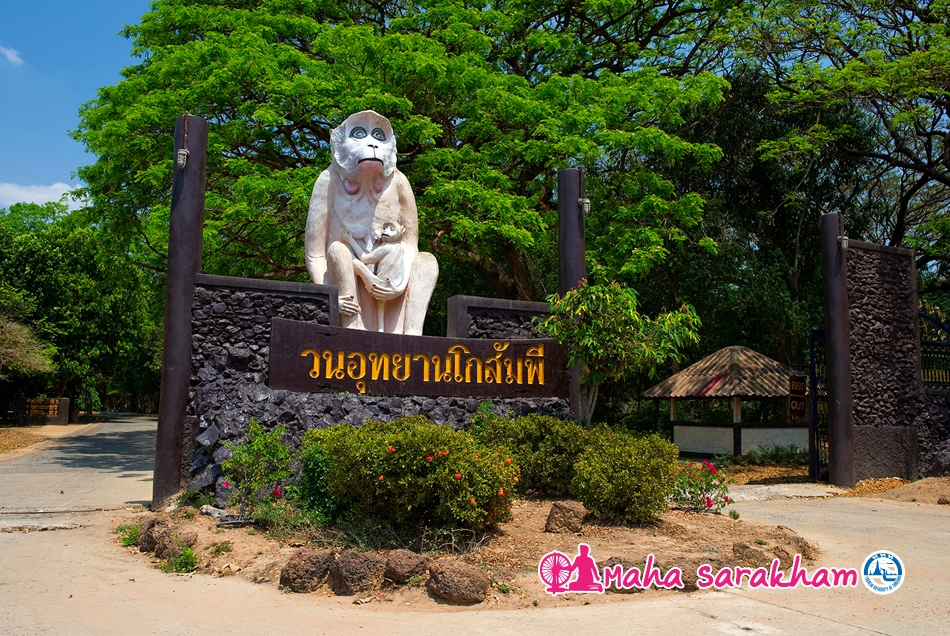 Kosamphi Forest Kosamphi Forest Park Acquiring total area of 125 rais (50 acres) in Tambon Hua Khwang, by Chi River, the park was established on October 1, 1976. The shady park is home to different big trees such as Yang, Tabaek (Lagerstroemia floribunda Jack) and Kathum (Anthocephalus chinensis   (Lamk.) A. Rich.ex Walp.) whose canopies connect to each other. With natural pond and scenery, this park is home to different kinds of bird, big herd of crab-eating macaque, as well as rare golden crab-eating macaque.

Attractions in the park include.

Kaeng Tat (แก่งตาด) Rapids in Chi River is situated at north and east of the park. Base rock acquires wide area in the river. When the river descends between November and May, shallow water allows rapids to appear. It has beautiful setting around the area.

Lan Khoi (ลานข่อย) The terrain is occupied by toothbrush trees. Today, over 200 of them are bended into different shapes. 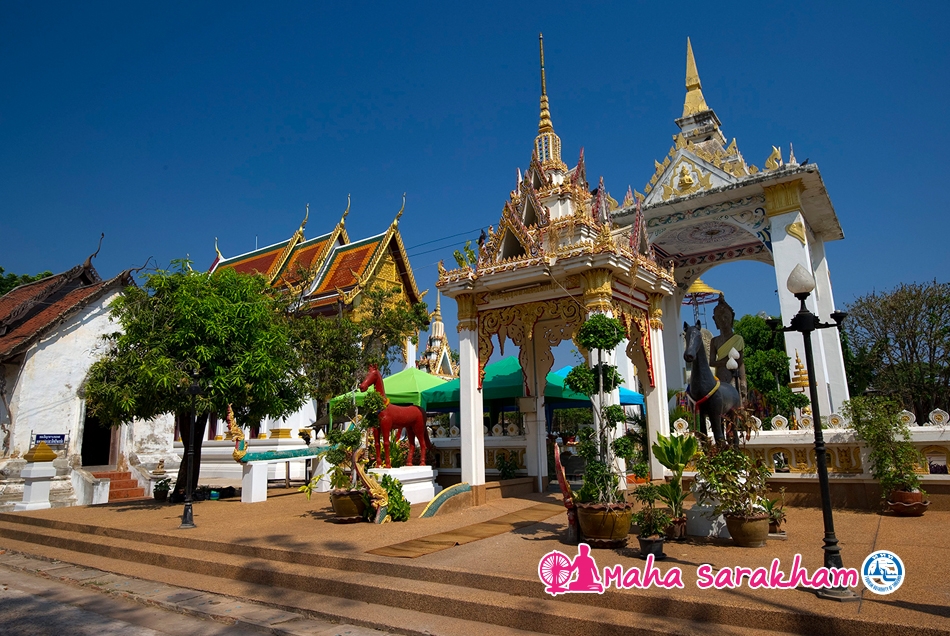 Phra Ming Muang Buddha images are the province’s most important Buddha statues.The images were carved in the Dvaravati style and are made of beautiful red sandstone. It is believed that the images have sacred powers, and can cause rain to fall during droughts and other important times.According to legend, a man carved the Phra Ming Mueang image, while a woman built the Phra Yuen Mongkhon image. 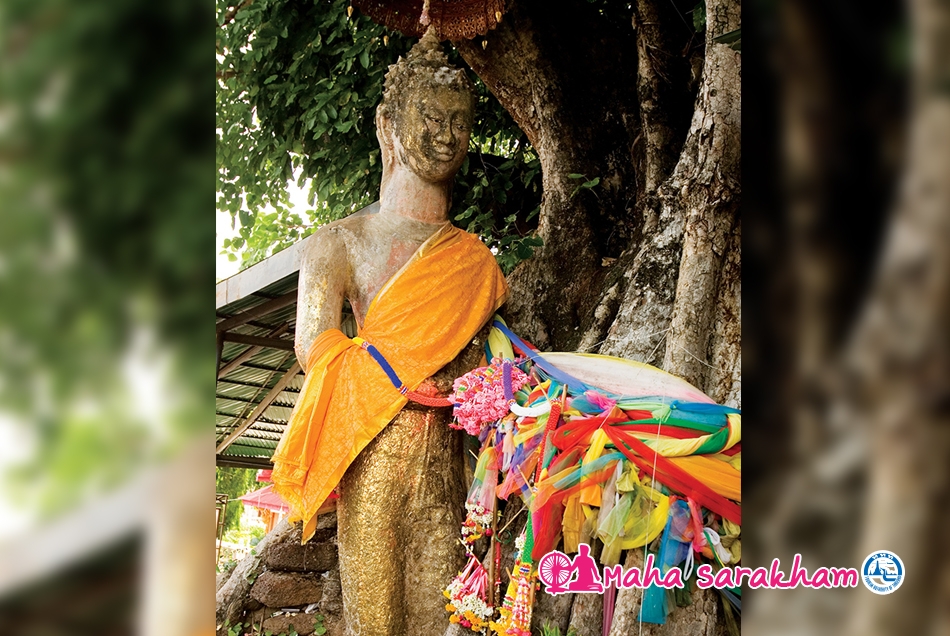 Phra Yuen Mongkhon Buddha Image  Housed at Wat Phuttha Mongkhon, Tambon Kanthanrat, the statue from Dvaravati is a sacred icon of Maha Sarakham. Like Phra Phuttha Ming Mueang, the stature is carved from red sandstone. Legend says people in Kanthaarawichai has built Buddha images to ask for regular rain after drought. The men has built Ming Mueang Buddha image while the women has built Phra Yuen Mongkhon Buddha Image. After the images were completed, big celebration 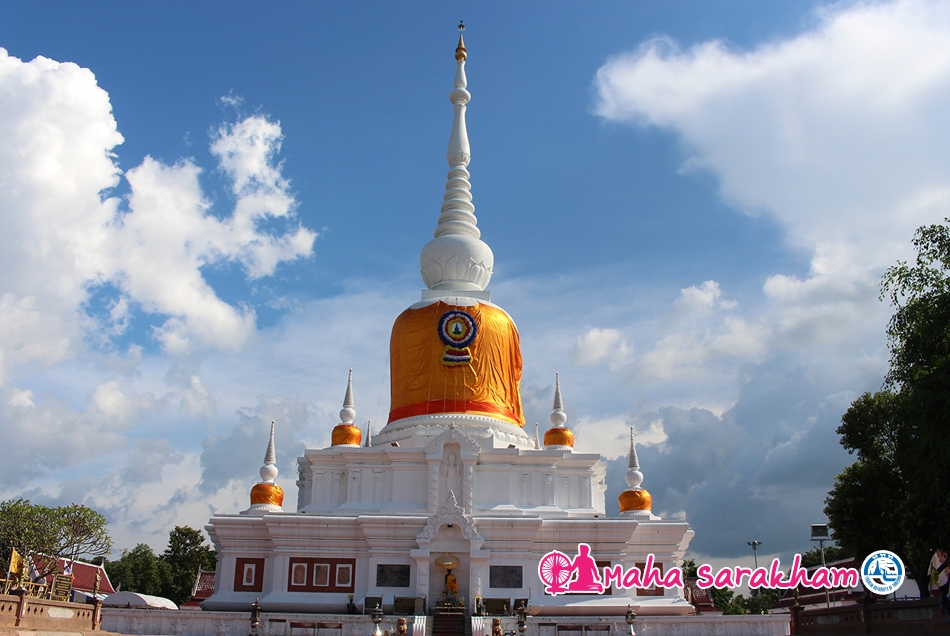 Phra That Na Dun: Buddhist Park of Isan  Located in Amphoe Na Dun, Phra That is in the area once was ancient town called Champa Si.  Lots of archeological artifacts, such as Buddha images and Buddha amulet, are found and now kept in Khon Kaen National Museum, Khon Kaen province. The most significant items found was the stupa housing relic of the Lord Buddha kept in gold, silver, and bronze boxes. All of such precious artifacts, probably from the 8th-10th Century in Dhavaravadi era, were found inside a mini-size stupa.  Thus, the government decided to set up Phra That Na Dun on 365-acre area to be Buddhist Centre of the region. Around the stupa are museum exhibiting Champa Si culture, antique, art pieces, and information of Champa Si ancient town, park and herb garden.