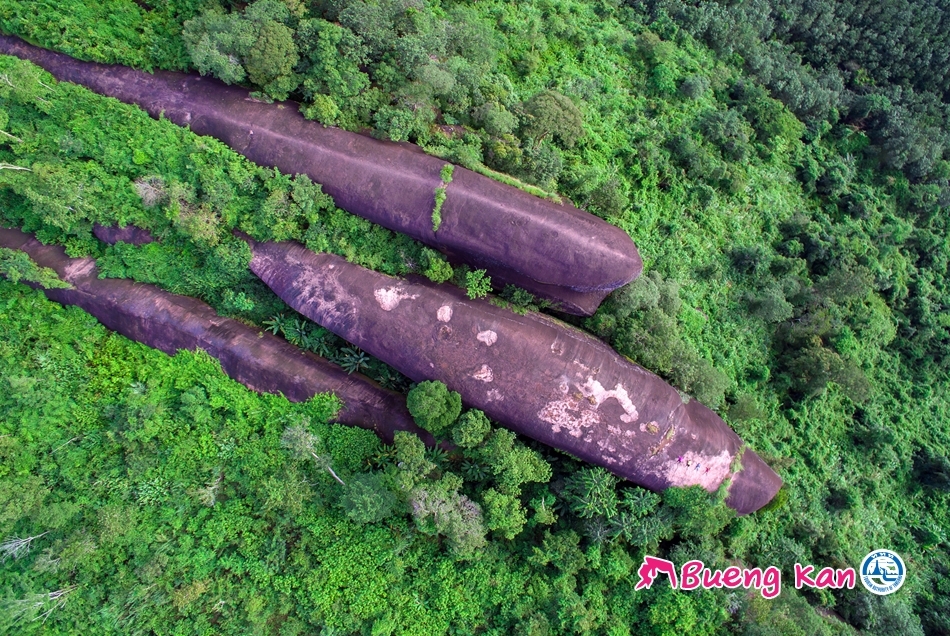 Bueng Kan is a province in Thailand that contains waterfalls, mountains, and various kinds of tourist attractions.  It borders the Makong River and Bolikhamsai Province of Laos.  It is a newly established province but contains lots of interesting places including natural, historical, art and cultural places. 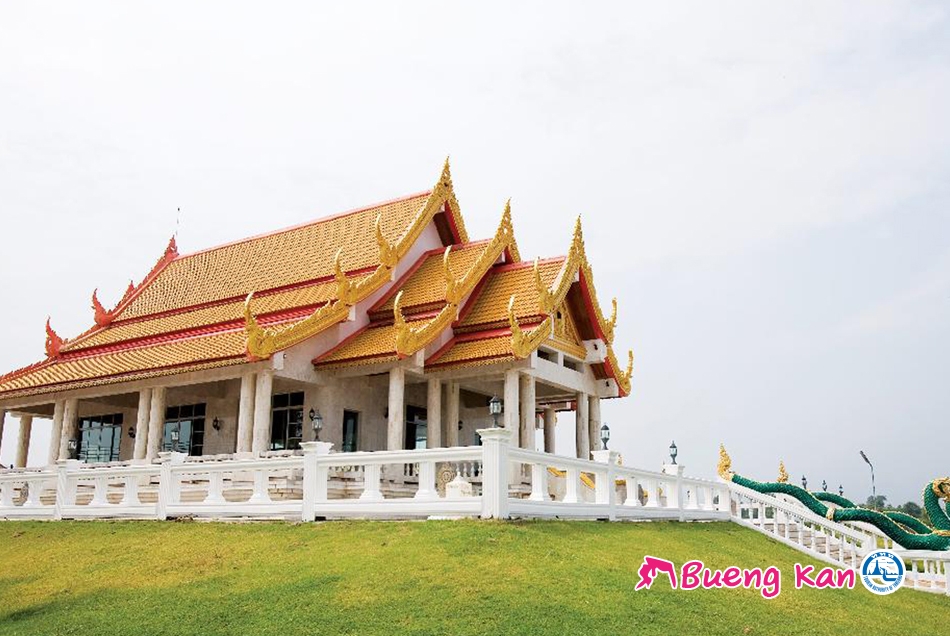 Located 21 kilometres from the provincial city of Bueng Kan, this beautifully spacious temple, on the bank of the Mekong River, Tambon Khai Si, houses the Buddha image cast in bronze Phra Phuttha Khuwanan Satsada, a replica of the famous Phra Phuttha Chinnarat. In front of the temple is believed to be the deepest part of the river or the Navel of the Mekong. Its depth is 196 metres measured by throwing a stone tied to a rope. A phenomenon occurs during the rainy season, in which the torrent swirls into a big cone. When it breaks, it sounds like water is seeping through rocks and then disappears. The phenomenon repeats when the next torrent occurs. This happens all day long. The cataract is visible during the dry season between March-May. 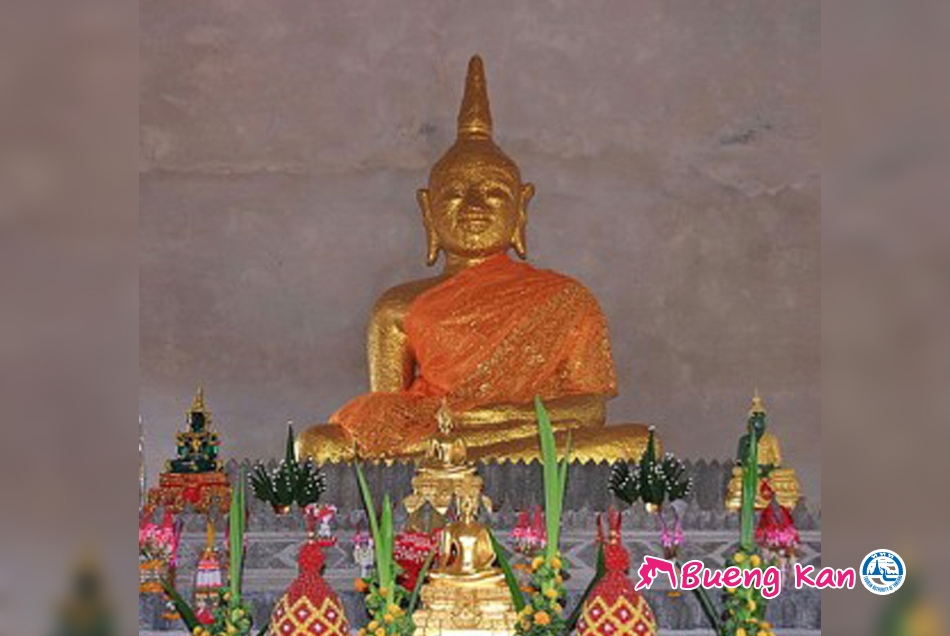 Wat Photharam,  situated at Mu 5, Ban Tha Khrai, Tambon Bueng Kan, 5 kilometres from Amphoe Mueang Bueng Kan along Highway No. 212 (Bueng Kan - Nakhon Phanom), enshrines Luangpho Phra Yai, a Buddha image in a subduing Mara posture measuring 5 feet and 4 inches wide across the lap sitting on a rectangular platform that was restored in 1994. The Bueng Kan people organise the celebration of Luangpho Phra Yai twice a year, which  are the third lunar month merit tradition, called Bun Khao Chi. There are traditions of offering Prasat Phueng (wax castle) and bathing Luangpho Phra Yai, which will be held in the week after the Songkran Festival. 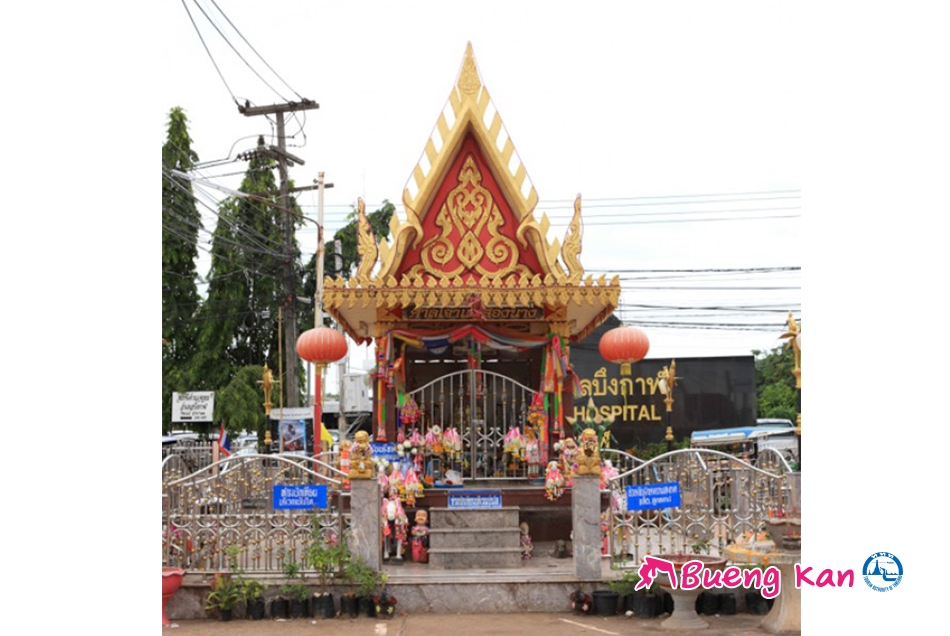 Chaomae Song Nang Shrine is located at Bueng Kan Hospital. The locals believe that the water deity was responsible for the annual death cases of the people living on the banks of the Mekong River. Therefore, they perform a ritual to pay respect to Chaomae Song Nang for water safety and it is where local people come to pray for their success in business and a safe journey, especially via boat. Flowers, joss sticks, candles, garlands, young coconut, and red syrup drink are used for praying. 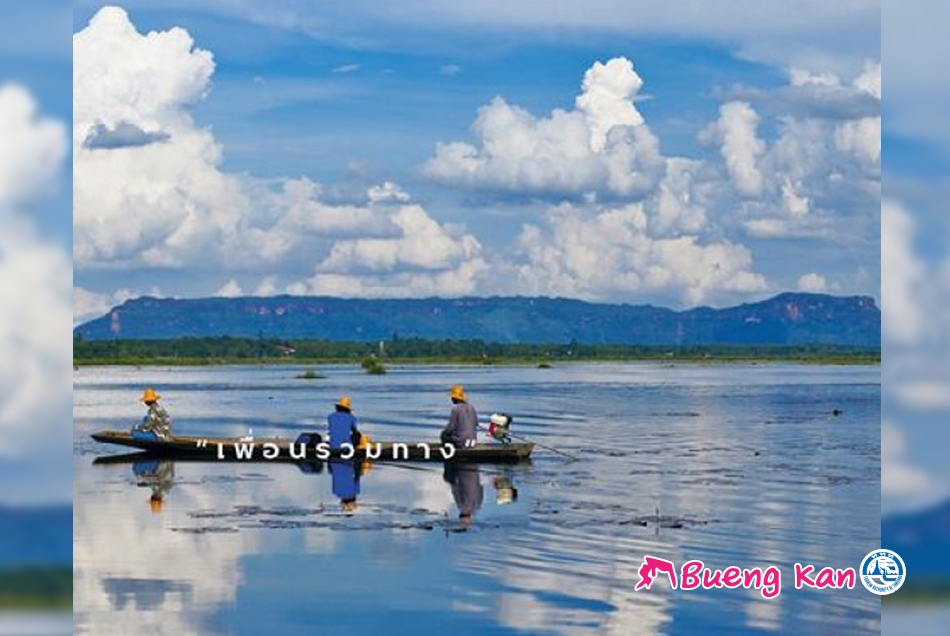 Bueng Khong Long is an ecotourism attraction and a large source of fresh water. The reservoir is narrow and long with an area of 8,064 rai and the average water depth of 0.05 - 1.0 metre. The water origin of Bueng Khong Long came from water from Phu Wua and Phu Langka. Formerly, it was a narrow stream flowing into Lam Huai Hi and going into the Songkhram River and finally to the Mekong River. In 1977, His Majesty the King initiated the project of the reservoir for agriculture to the Irrigation Department to implement, which was completed in 1980. In 1982, it was announced to be the Bueng Khong Long Non-hunting Area and registered as the World’s Wetland of International Importance No. 1,098 in 2001. The area covers more than 22 square kilometres with 13 km. long and 2 km. wide. The reservoir is a habitat of varieties of aquatic animals and plants including the rare Mekong Bumblebee Goby. More than 100 species of waterfowls are found. Also, it is a habitat of more than 30 kinds of migrating birds in the winter along the migration route of the Eastern Asia Flyway; for example, lesser whistling duck, garganey, plumed egret, little egret, and tailed jacana. 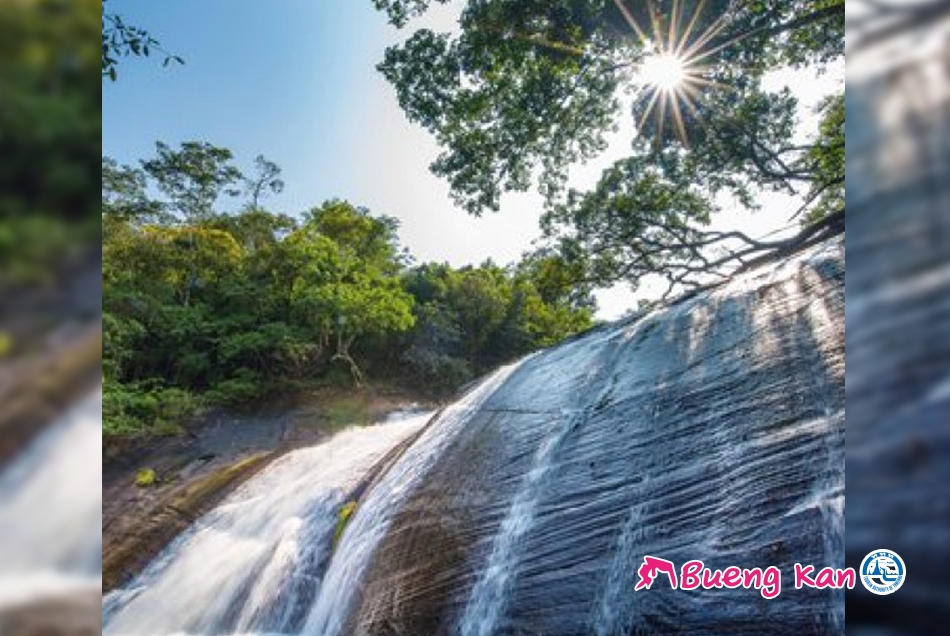 Namtok Chet Si  is located in Ban Don Siat, Tambon Ban Tong, Amphoe Seka. This very beautiful waterfall, especially during the rainy season, originates from a stream of Huai Ka-am and flows along a high sandstone cliff to spread over a long line. The falling water that hits the rocks below causes a spray of water which gives rainbow colours when seen in sunlight. So came the name “Namtok Chet Si,” which means a waterfall of seven colours. 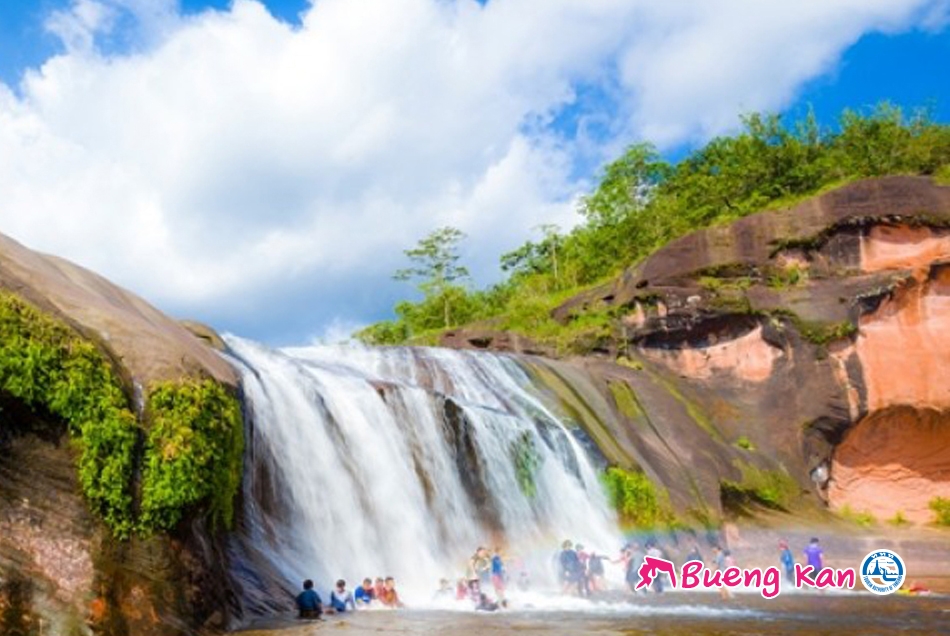 Namtok Phu Tham Phra is located in Ban Tham Phra, Tambon Sok Kam, Amphoe Seka. It is around 34 kilometres from Seka district. Like other waterfalls at Phu Wua, it has water only in the rainy season. A monastic residence or Samnak Song here is tranquil and shady. Walking down to the rocky ground at the back, visitors will find a valley with a deep bottom of around 200 square metres where a waterfall flows down the valley. The waterfall is on a cliff of around 100 metres wide and 50 metres high. Visitors can play in the pool.