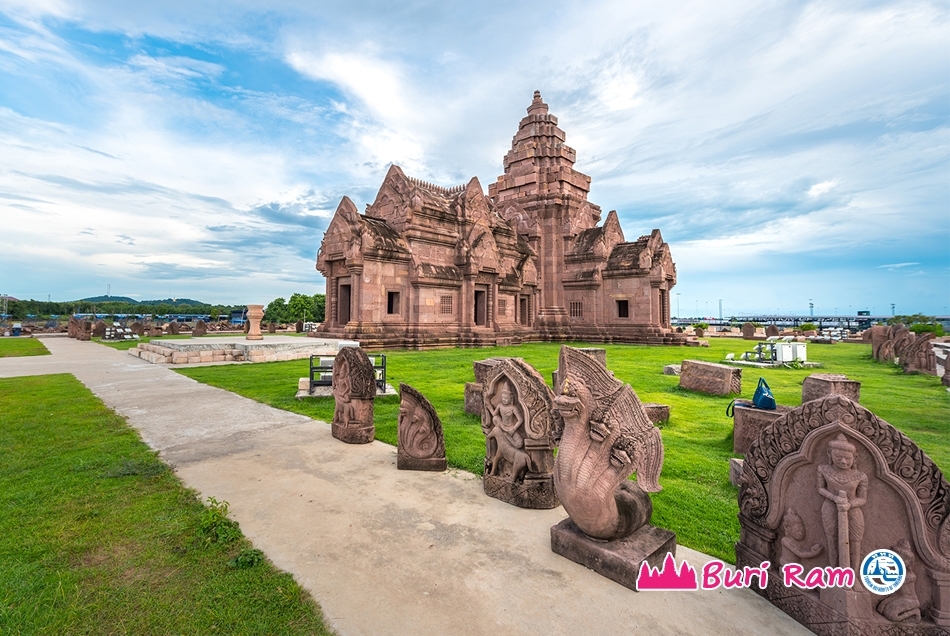 Buriram is a land of volcanoes and ancient Khmer civilization site in Thailand which make it important as a historical tourist attraction. In addition, Buriram is also nicknamed as the land of stone castles. To emphasize its richness in cultural heritage, there are crafts like silk and Na Pho Mudmee (ikat). Currently, Buriram has a popular football stadium and motorsport race track where many tourists never miss their chance taking photo with. 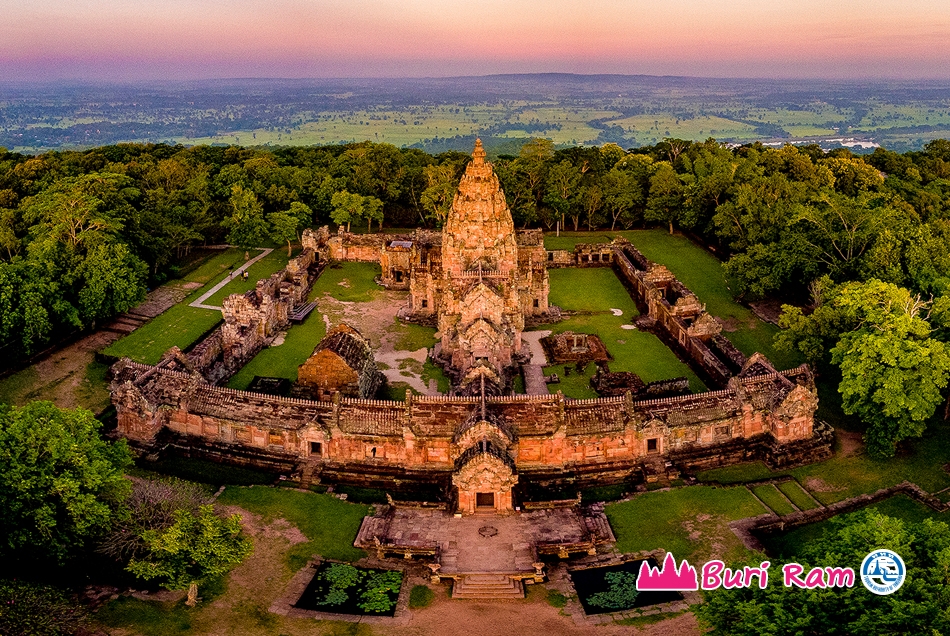 The Pink sandstone Prasat Hin Phanom Rung was built around 15-18 century BC on the extinct volcanic. It was a Hindu Temple dedicated to Shiva. The magic phenomenon happens four times a year. During the sun rise In April and September and sun set in March and September, the rays of the sun shine through 15 doorways of the temple created a mysterious environment. Buriram province holds an annual ceremony during the first long weekend (Friday-Saturday and Sunday) of April. The ceremony includes “Magical Phanom Rung” Light and Sound Show, watching the rays shine through 15 gates, a ritual to worship gods and celestials being, demonstration of Panomrung’ s drawing, Apsara Dancing’s competition, an Ancient Market and OTOP products. 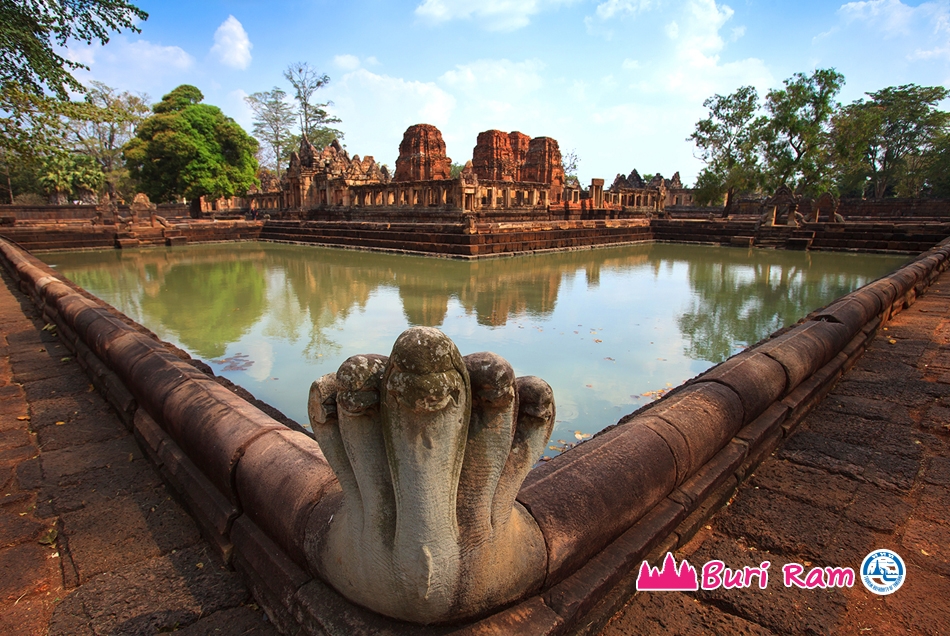 There are no evidences enough to give exact dating of this Khmer temple.  However, the structure and architecture indicated the Bhapuon style around the 1550-1625 BC and Khleang style around 1508-1555 BC. The distinctions of this Khmer temple were five-headed Naga for which there were no ornaments decoration on their heads unlike Nagas in other Khmer temples and the L Shape ponds in all four corners of the temple. 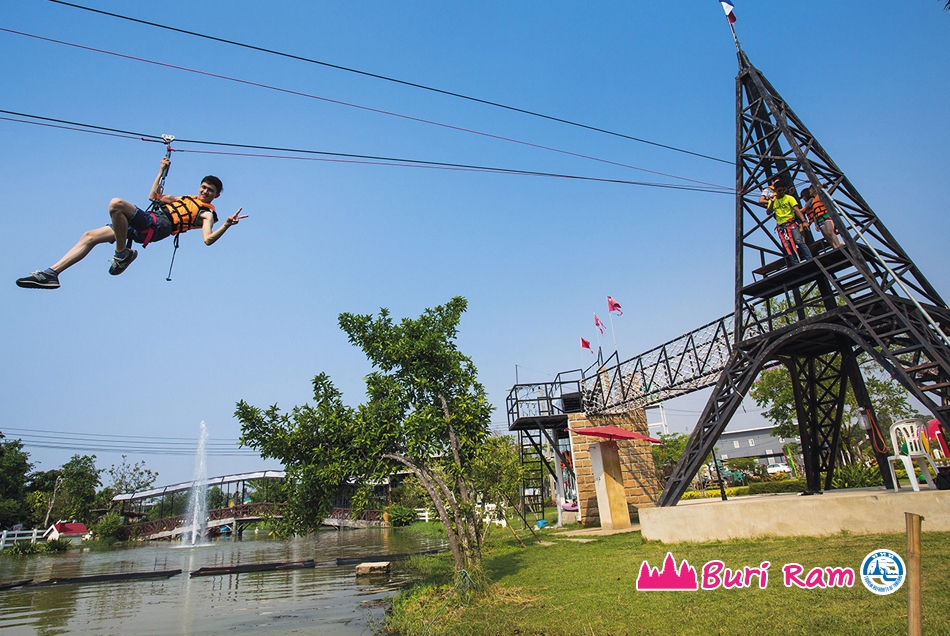 Playla Ploen Flora Park is a cultural tourist spot and learning center in Southern Isan. The park features rare species of plants from around the world for example, seasonal flowers (Siam Tulips, Roses, Hydrangeas), ancient plants, tropical plants or cold climate plants. You can experience the adventure activities with the scaled down famous landmarks of the world such as climbing the Great China Wall, crossing over the river from Eifel Tower or walking on the rope Tower Bridge. 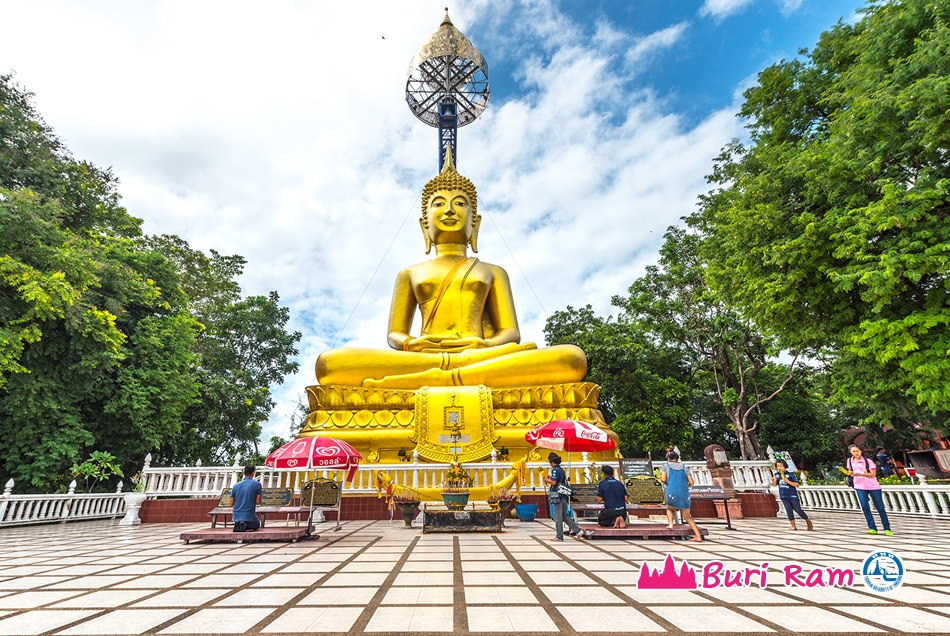 Khao Kadong Forest Park is a place for relaxation and for studying history, geology and biology as it is an extinct volcano. There is still evidence of the volcano’s activity that can be seen. An ancient stupa Prang Ku Khao Kadong houses a replica of Buddha footprints. A large Buddha Image “Phra Supattaraborpit” – a symbol of Buriram Province sits on the top of the mountain. 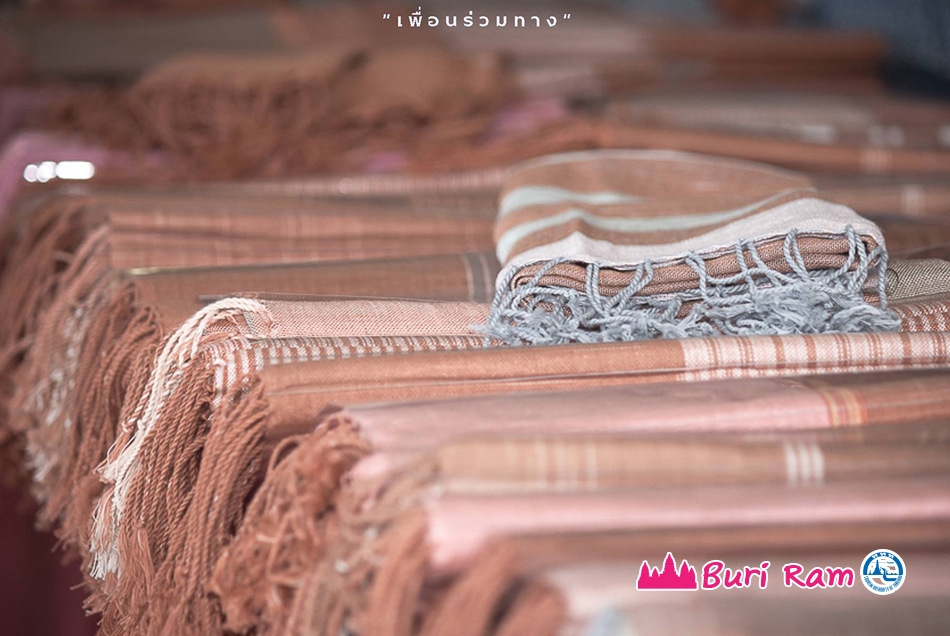 In the past, inhabitants in Ban Charoensuk community were primarily farmers thanks to soil from volcano which was mineral-rich and excellent for plants. Later, they have developed a local knowledge using the red volcanic soil to dye garments and thus became unique handicraft called Pu Akani Garments. Nowadays, Ban Charoensuk Community has become a Volcanic Soil Dying Demonstration Center.  Volcanic Soil can be used to dye both cotton and silk. It is truly an excellent sample in using local natural resource to benefit the community.