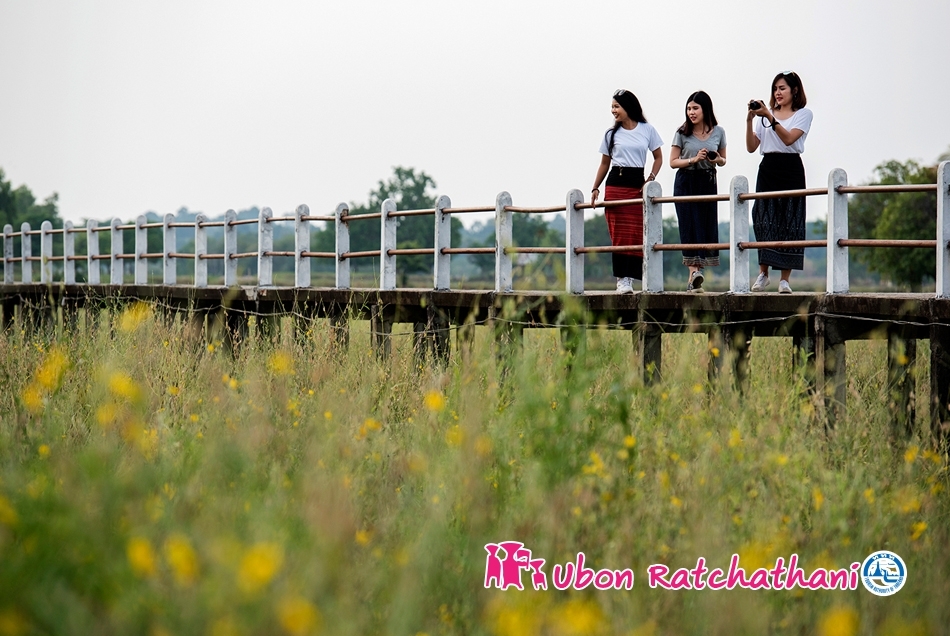 Ubon Ratchathani is a large province in the Northeast of Thailand, dating back to more than 200 years old. Ubon Ratchathani has many interesting and beautiful places to visit such as Pha Taem National Park, which is famous for its prehistoric rock paintings, Sam Pan Boak or the Grand Canyon of Thailand, Huai Sai Yai Waterfall, one of the most beautiful waterfalls of Northeastern Thailand, Kaeng Saphuee Public Park, Wat Tham Khuha Sawan, and Wat Phrathat Nong Bua. 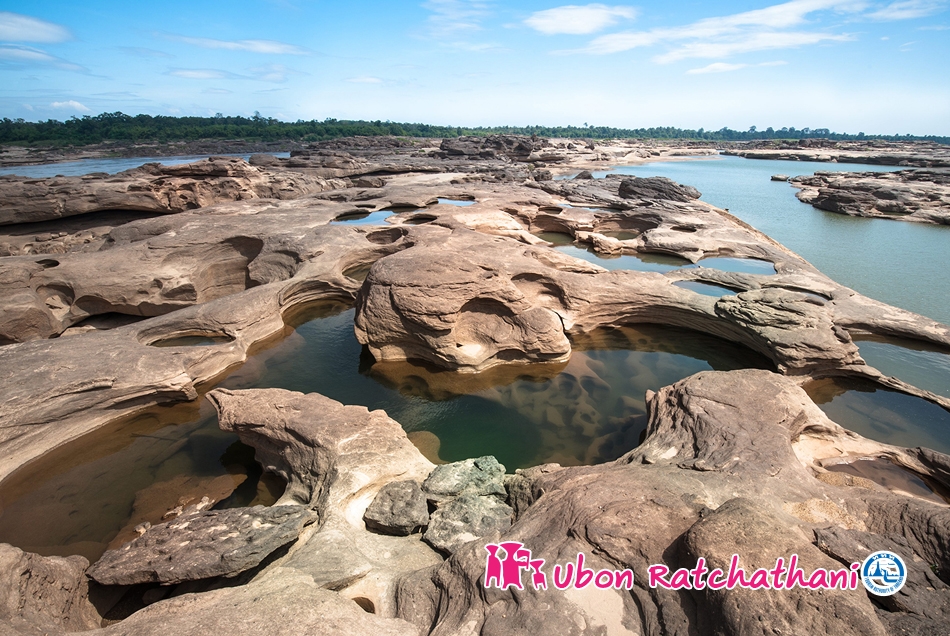 Kaeng Sam Phan Bok or the three thousand holes is located at Amphoe Pho Sai. They are the rapids under the Mekong River eroded by the swirling water in the flooding season until they turned to have more than 3,000 holes or Bok. Bok is a Laotian word which means a deep hole of the rapids under the Mekong River. These rapids can be noticed in the dry season when there is no water. It presents a wonder of nature in the middle of the Mekong River, which was later called by the villagers the “Mekong Grand Canyon”. The most suitable period to visit Kaeng Sam Phan Bok is during December - May. 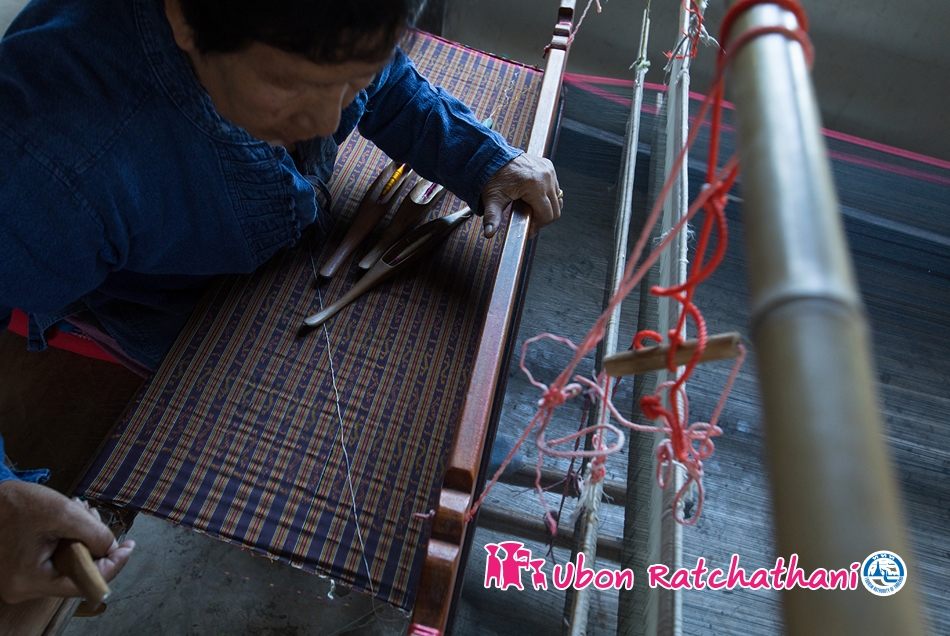 Ban Pa-ao The ancient village is situated in Tambon Nong Khon, Amphoe Mueang Ubon Ratchathani. Since two centuries ago, the villagers actually immigrated from Vientiane and settled here. The village is famed for its brass work in an ancient style. A brass product centre and silk products are available.​ 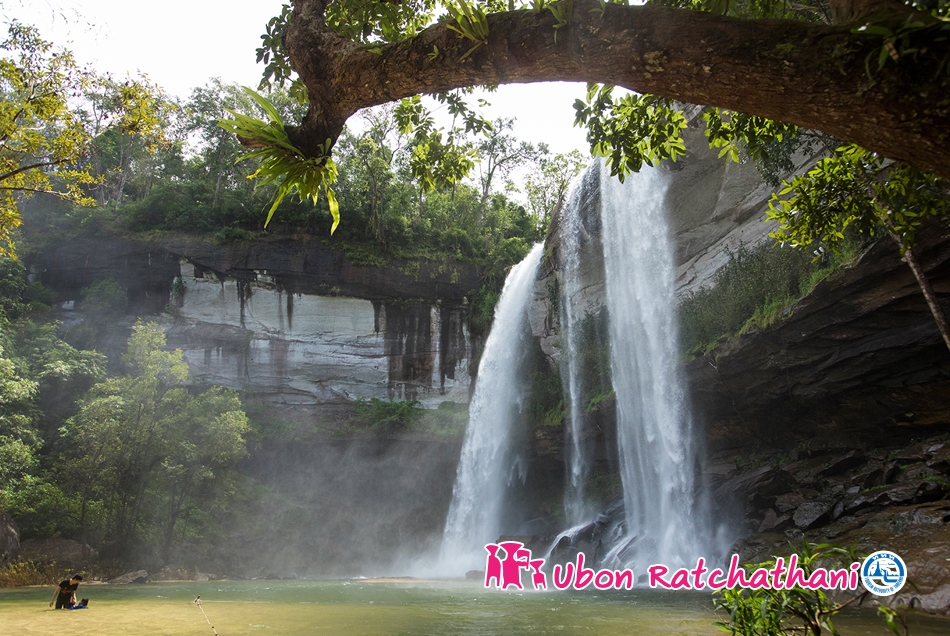 ​Pha Phueng Viewpoint (จุดชมทิวทัศน์ผาผึ้ง) From there, tourists can enjoy the scenery of the Lao and Cambodian border. Kaeng Sila Thip (แก่งศิลาทิพย์) In the middle of the stream, stream power has created lots of holes on the rock surface in different sizes and depths called “Kumphalak.” 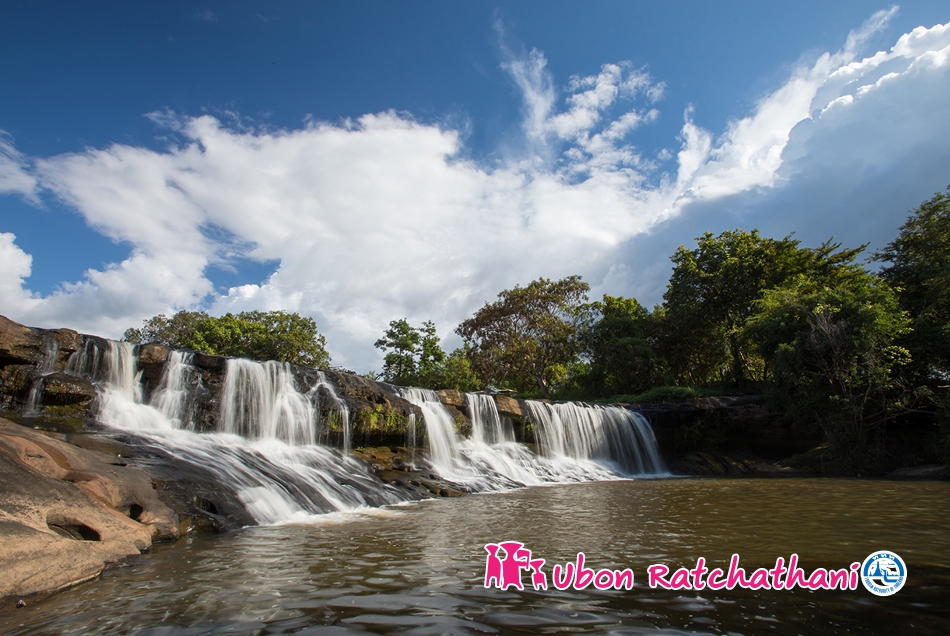 Kaeng Tana National Park (อุทยานแห่งชาติแก่งตะนะ) Covering an area of some 50,000 rai in Amphoe Sirindhorn and Khong Chiam, the park features plateaux and undulating hills with deciduous dipterocarp forest and grassland. Its attractions include Don Tana (ดอนตะนะ) An island in the middle of the Mun River. Kaeng Tana (แก่งตะนะ) The largest rapids of the Mun River. In the middle of the rapids, there is a huge sandstone boulder splitting the river into two streams. Tham Phra or Tham Phu Ma Nai (ถ้ำพระหรือถ้ำภูหมาไน) Lan Pha Phueng (ลานผาผึ้ง)  Tat Ton Waterfall (น้ำตกตาดโตน)